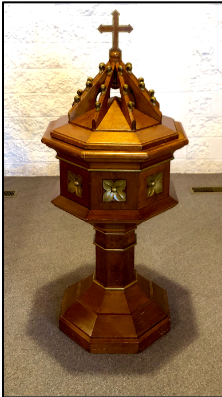 The following history of the GLC baptismal font was provided by Gene Upstill.

Soren Anderson built the baptismal font, the altar and the pulpit for South St. Petri Lutheran Church, later renamed Gilbert Lutheran Church.  The original church was built in 1890 and that is when those items were built by Soren who was a farmer and carpenter.  At the time, he lived 1½ miles north of the Gilbert Corner on the west side of what is now U. S. Highway 69.

This information cane from Helen (Parlow) Miller.  Soren was her great-grandfather.

An additional note: GLC’s baptismal font is shaped in the form of an octagon.  This tradition of the Christian Church recalls the first day after resurrection.  Just as new life begins on the eighth day, new faith and life begin in Holy Baptism.

Our story began as Norwegian Lutheran immigrants gathered in a one room school two miles north of Gilbert. In a few years they built their first sanctuary on a hill across the road from that school. In 1976 the congregation moved to its present site and built a new sanctuary. An education unit was built in 1985. Because of growth, a new sanctuary, fellowship hall and offices were built in 1994. 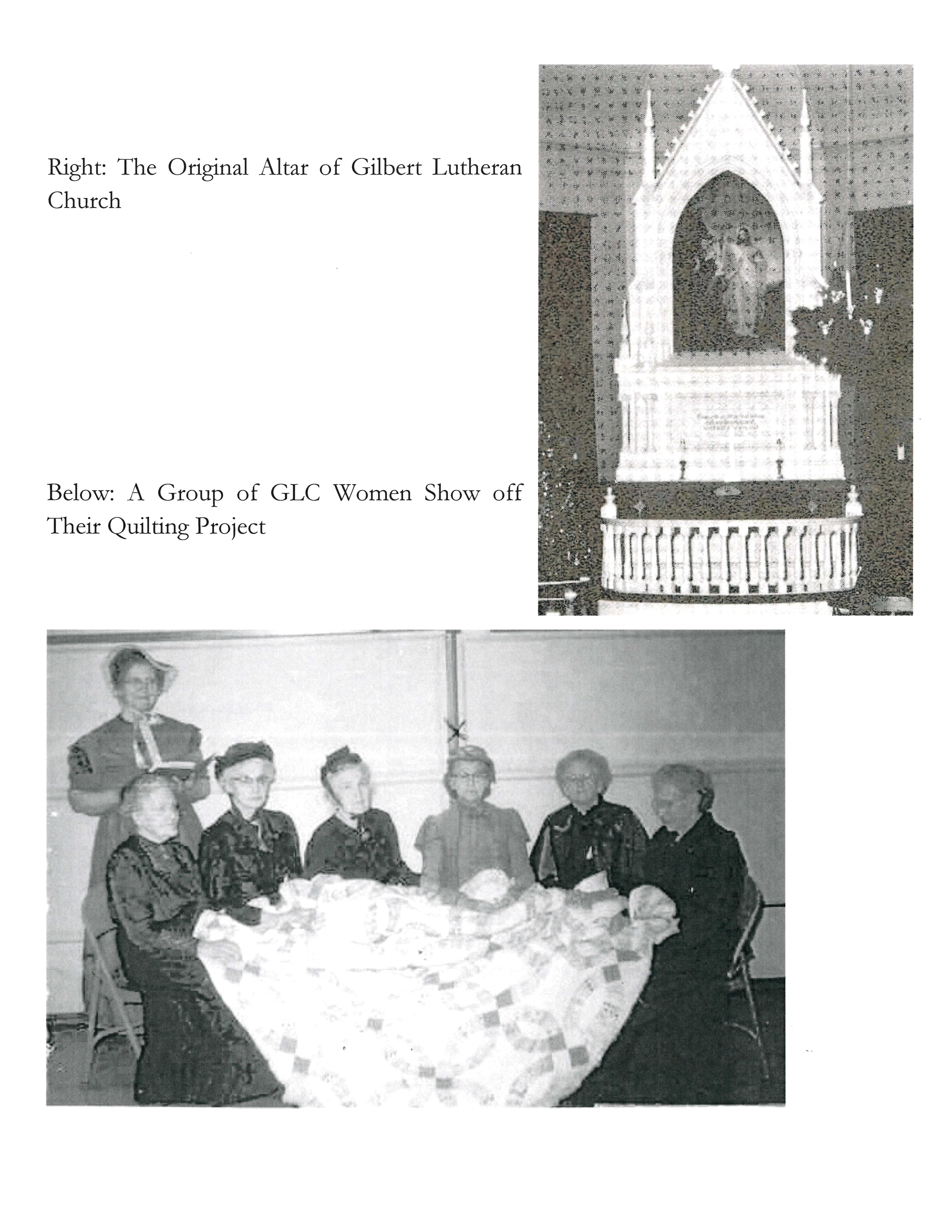 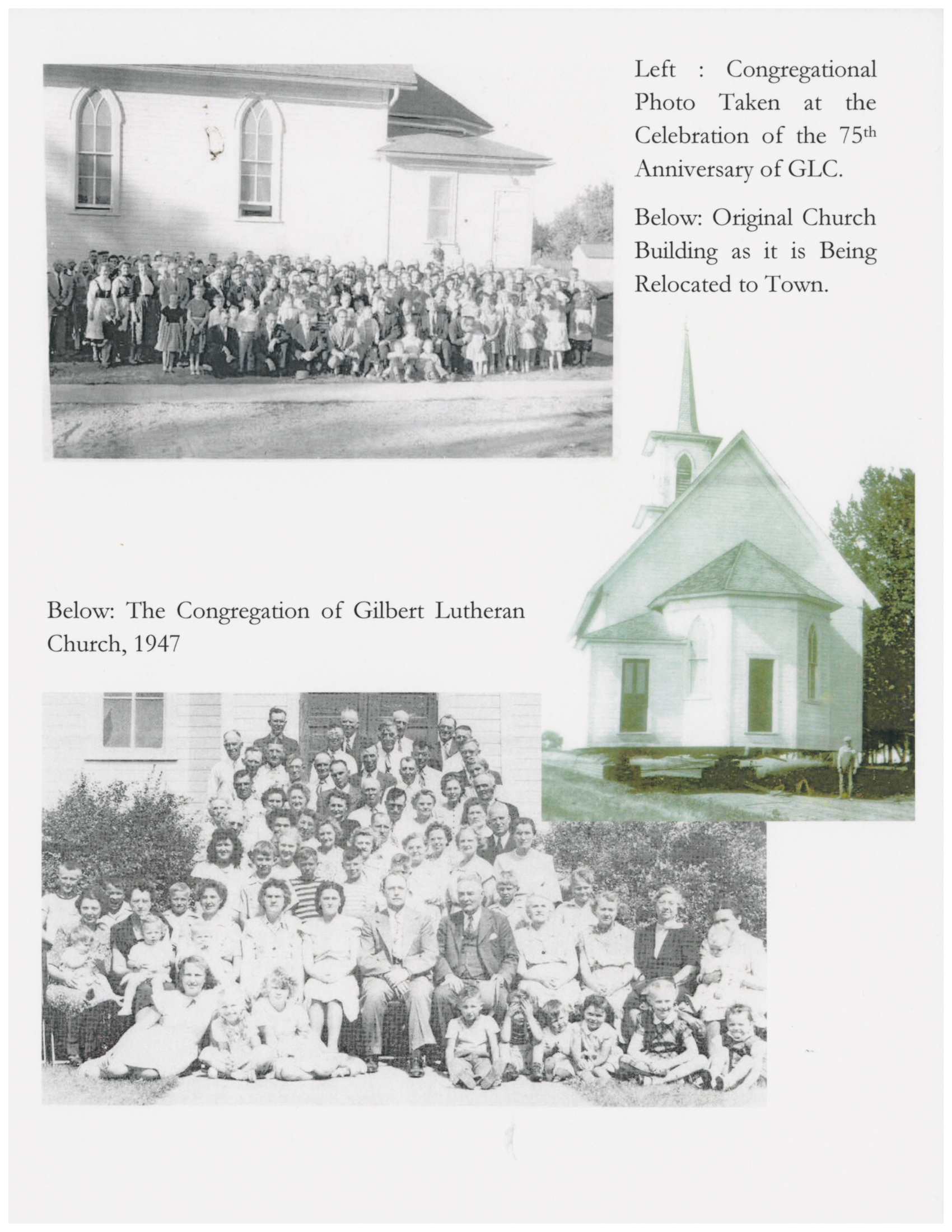